Started the day just taking a picture of how brilliant the outside is going to look. Some of the scaffolding has come down to allow the balcony man to put the new metal in - quote arrived this morning! 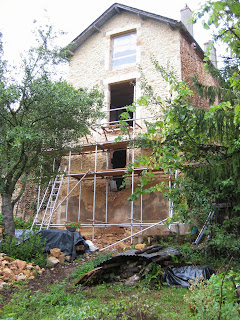 Then, better do a 'before' picture of where the downstairs loo window is going to go through. 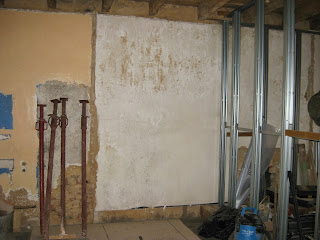 Fortunately, the mason is much more discerning than us and he noticed that about where we were going to go through there was an idiosyncratic patch of bricks in the outside wall and a stone with a hole in at the bottom. 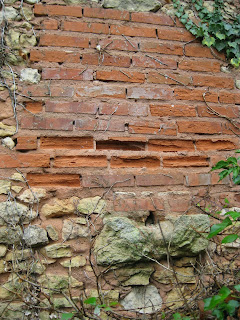 And guess what, there's a medieval stone sink!!!! Now this may not look much yet but it is a lovely stone feature found in all most ancient houses around and we've got one! 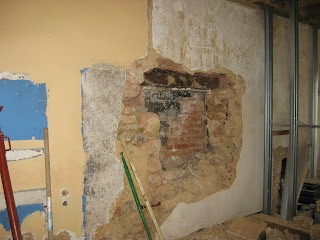 And above it he has revealed a large window with beam, that has been blocked up. Brilliant. You'll just have to get used to peeing in front of a metre square window, it only looks out onto the ruin anyway.
(PS to get the picture of the patch of bricks you have to clamber about on the heap of stones and brambles that is the ruin, it isn't as obvious as it looks.)