A lot can happen in a week

We have spent a week in England. Lovely family wedding, visiting family and friends and generally rushing about the place.

What have they done to the house while we've been away?? Well, made a hell of a lot of mess for a start. But beyond that, it is all coming along brilliantly. 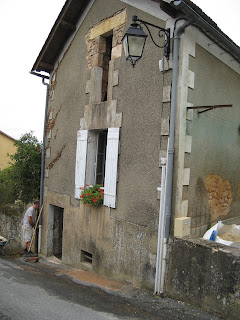 They've doubled the height of the guest bedroom window. To make this opening, more scaffolding had to be put up in the street. Apparently, there was a visit from the Municipal Police last week to say that we should have got permission to have scaffolding in the street. Ooops. And it was only because it was well put up that they didn't have to take it down immediately. Fortunately, all was well. I think we might well take all the sad grey plaster off this side of the house too but maybe not this week.
Between the houses there is a narrow passage. Variously described as a firebreak or a pooh trap. We have friends with a much older house that have a stone toilet seat overhanging the gap. In our house it seems to have been used to gather water from the street to fill the cistern so is a concreted gully. Of course it hasn't been cleared for years. So today was the day: 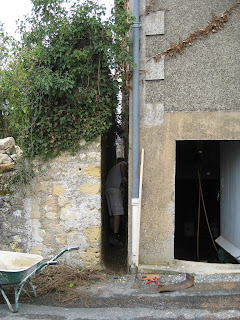 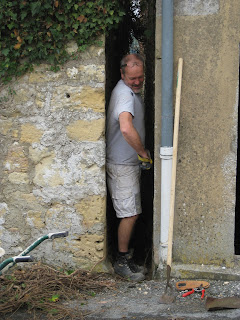 I can't add the pictures to show where it comes out the other side because Blogger has decided that these are enough for now.
The guys have also finished jointing the back of the house. It looks just lovely. Lots of new bigger windows and lovely golden stone. Brilliant. 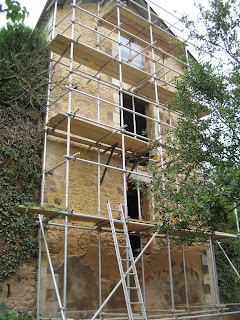 So after spending all day removing the thick layer of dust from everything, it is time for a cup of tea. 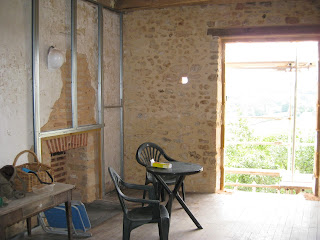