Happy Easter one and all. Such a shame that Easter Sunday was a miserable cold rainy day here. So many events planned that needed sunshine. Sod's law it was a lovely day again today. We didn't manage to get to Easter eggs but we did manage to eat our way through this magnificent strawberry tart which was delicious. 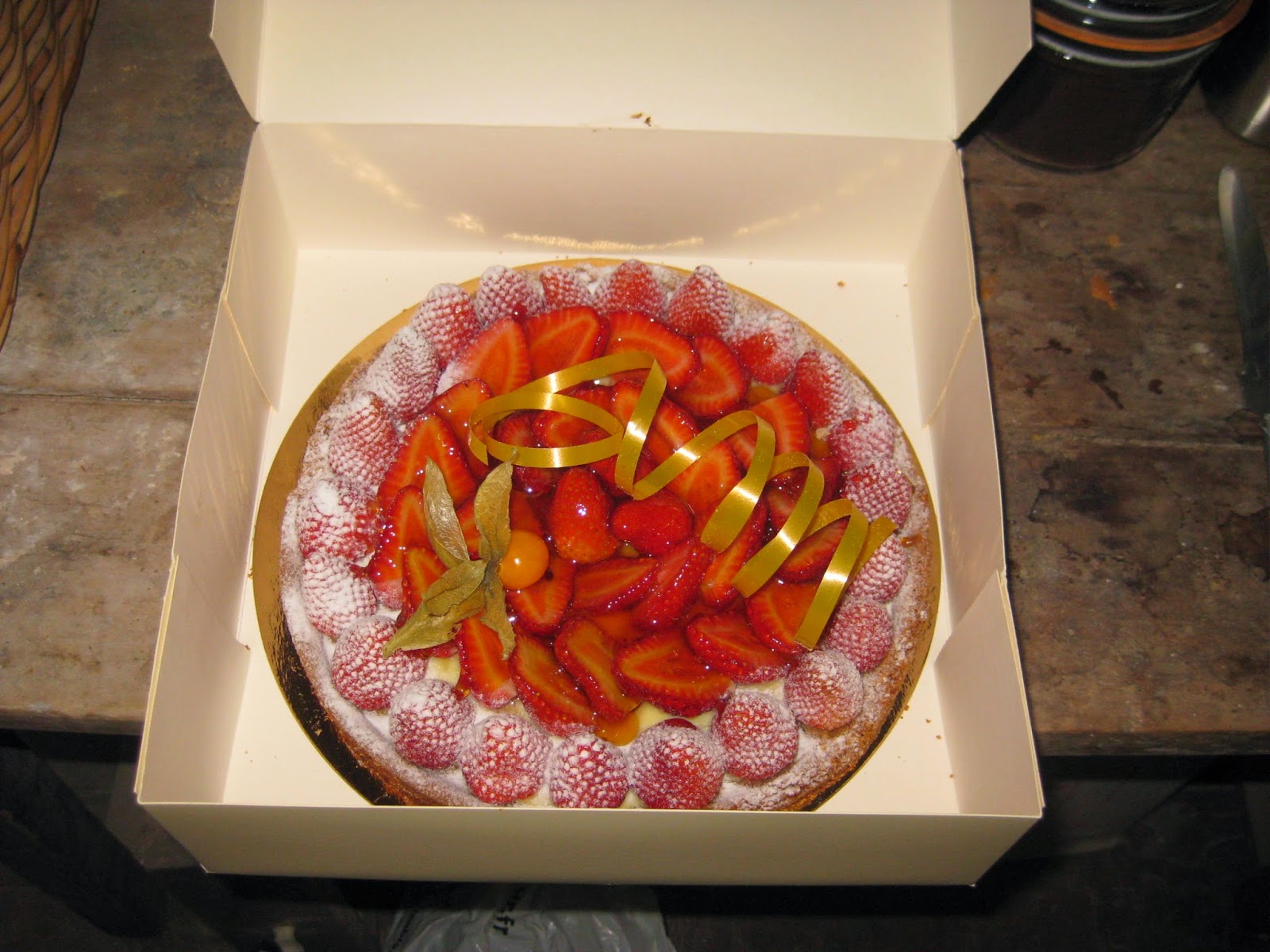 My job at the moment is putting this gloopy coffee cream stuff in all the joints between the sheets of plasterboard. Never seen it done, only seen the perfect result. No pressure then. Watched Youtube videos and set off. 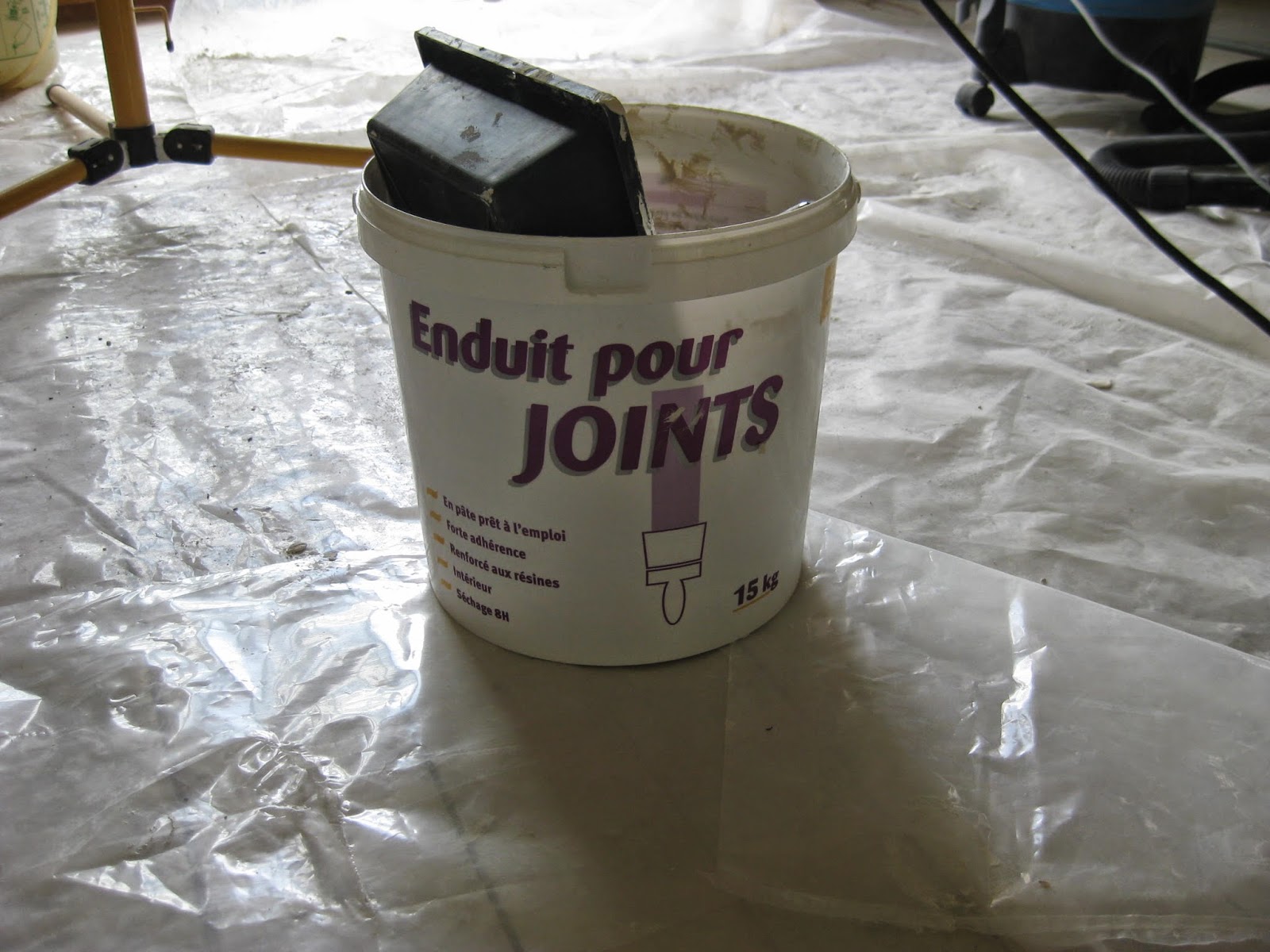 My previous Youtube instruction was mostly for knitting - long tail cast on and the like. Not going too badly but just our bedroom has taken 15 kgs!! 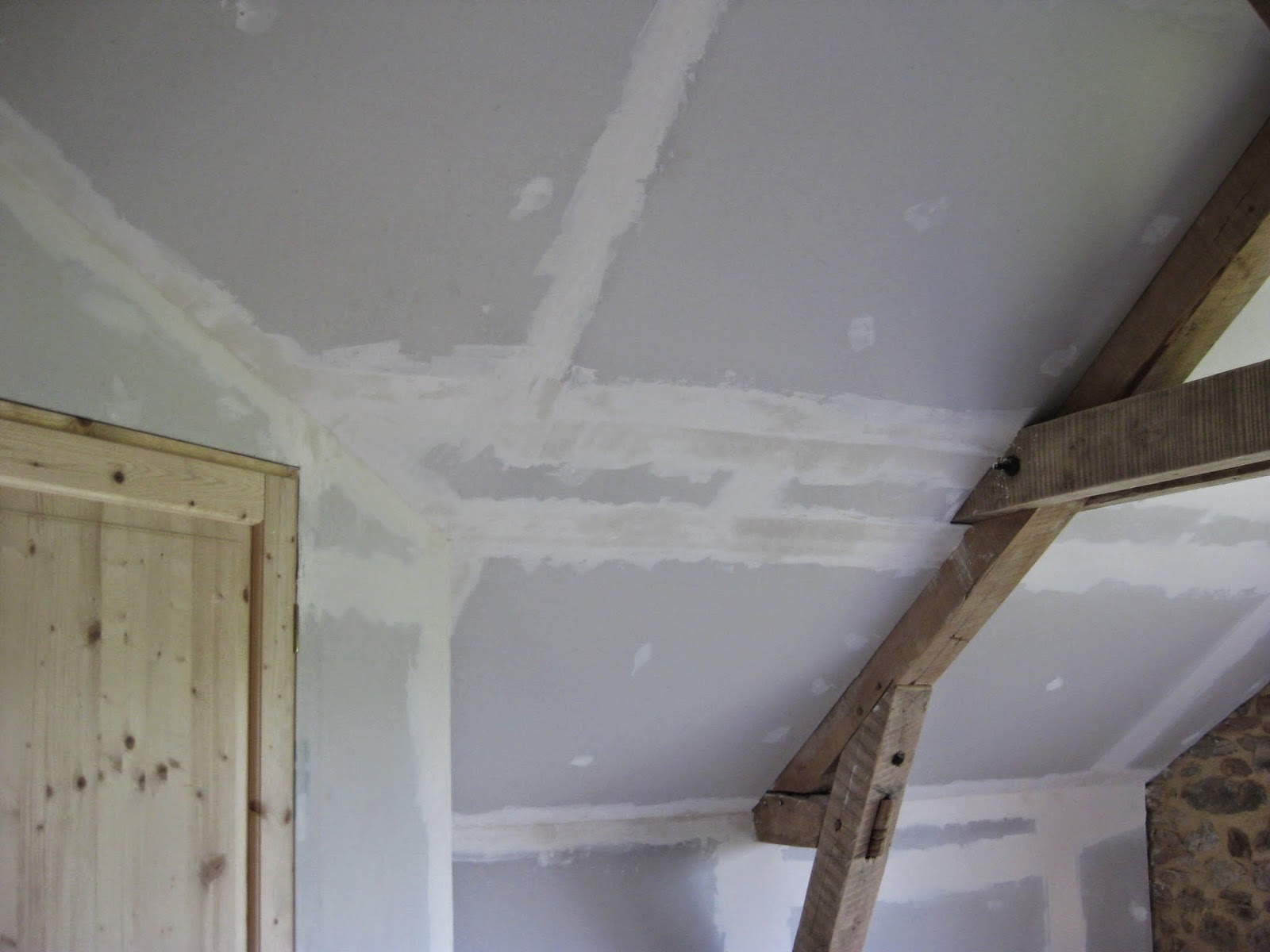 Hooray the tub was empty and I could get out in the garden. The peaches are still growing. 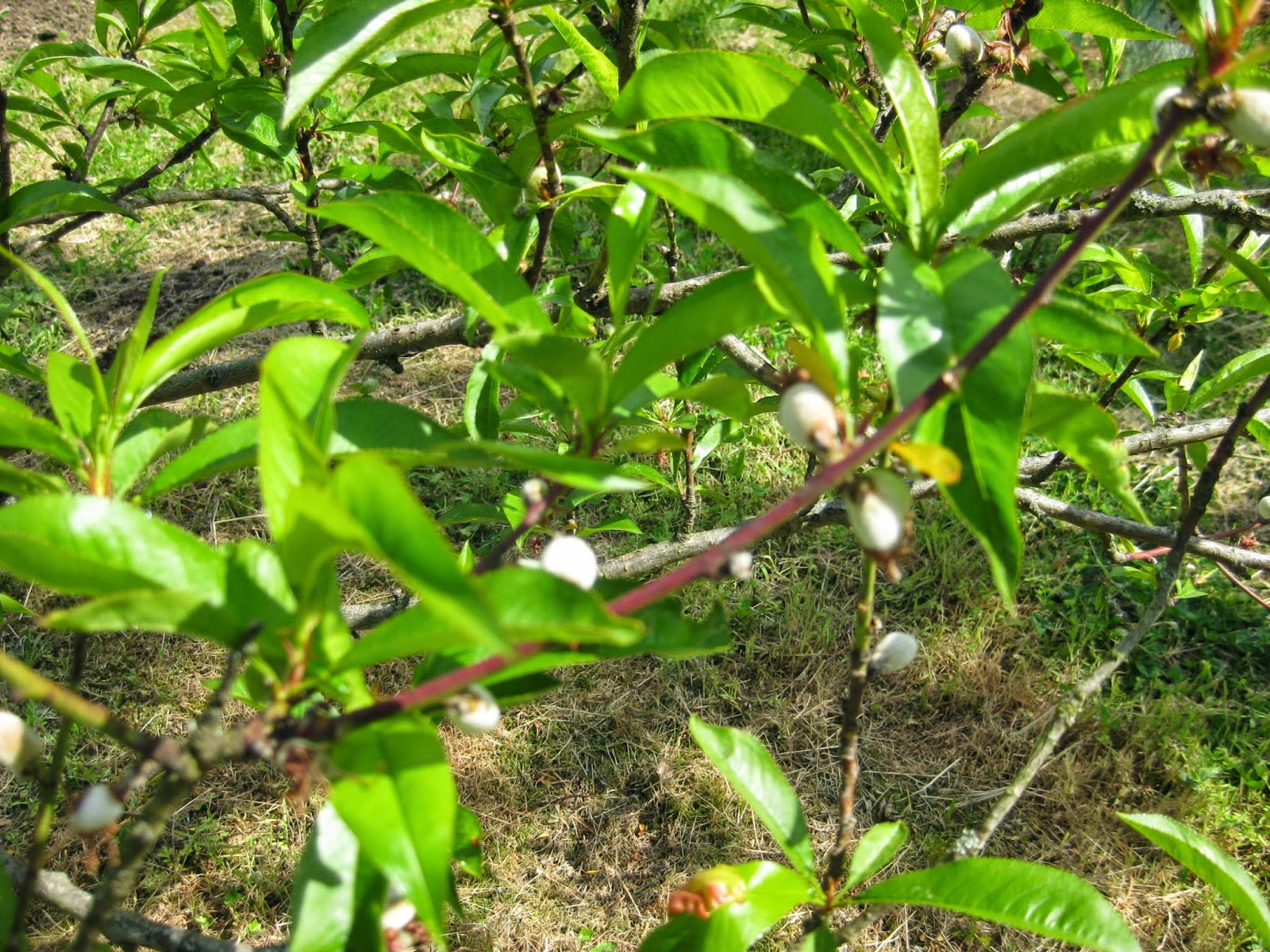 I bought tomato plants on the market on Saturday and they are all lined up in the garden - with some spares for you too Anne. 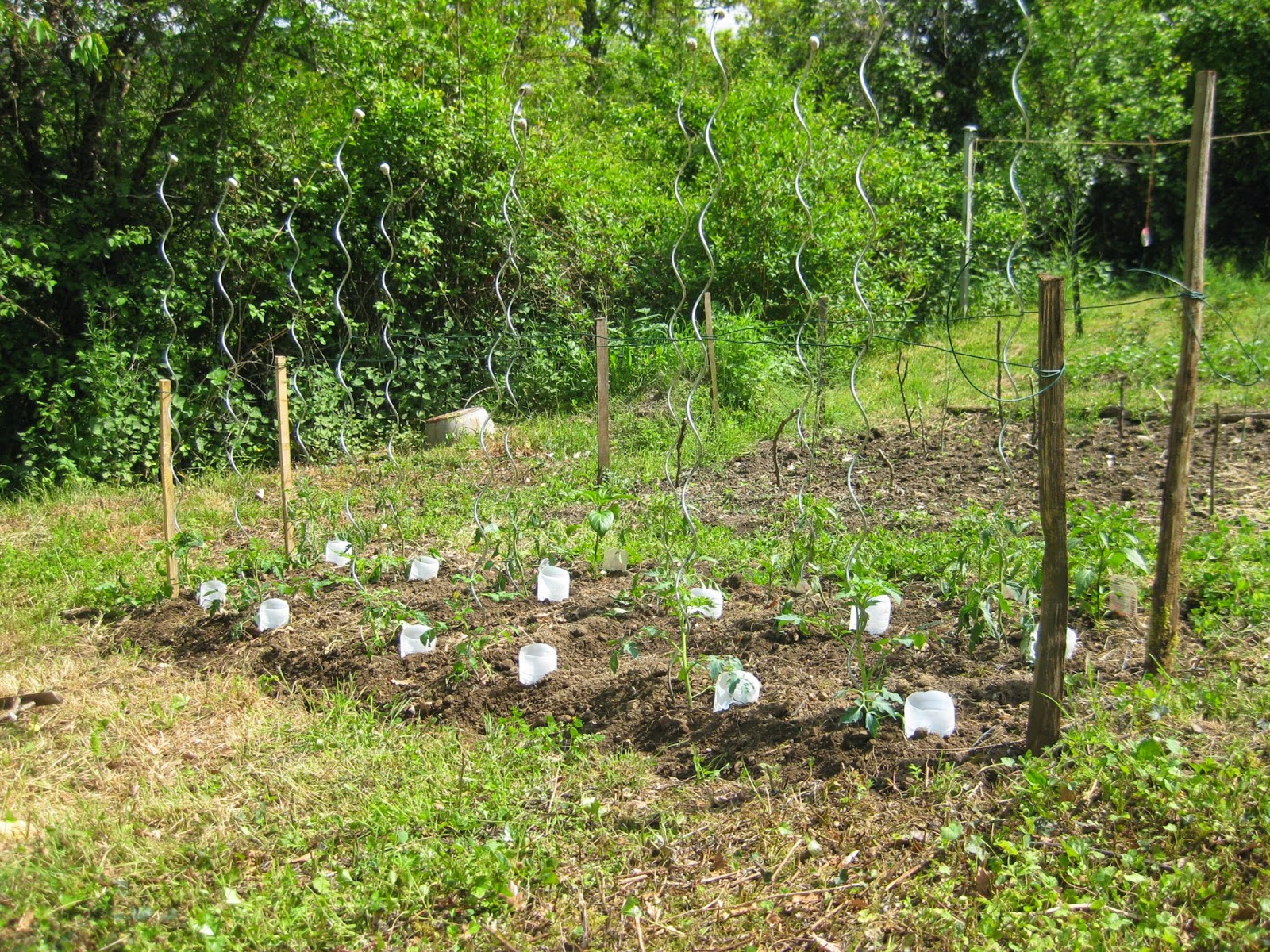 I bought them because they were there and I had time to plant them. But it is obviously not the time. Several ladies said beware of frost to Him Outdoors as he carried them down the hill, some sucking of teeth. Afterwards, I noticed that there was not the big rush of old men laden with tomato plants that there would usually be if it was the right time to plant. (And there was me thinking that if the man on the market had them it must be the right time to plant.....)

I bought this moon calendar the other week. The locals all plant by the moon and my only English experience of such a thing is the fact handed down by my parents from their parents, that you have to plant potatoes on Good Friday (which is a festival that is moon related.) My neighbour was very concerned that La Lune Russe was very late this year and there was a real danger that the fruit would be spoiled by frost. Googling told me that she was worried that the next new moon was not until right at the end of April. 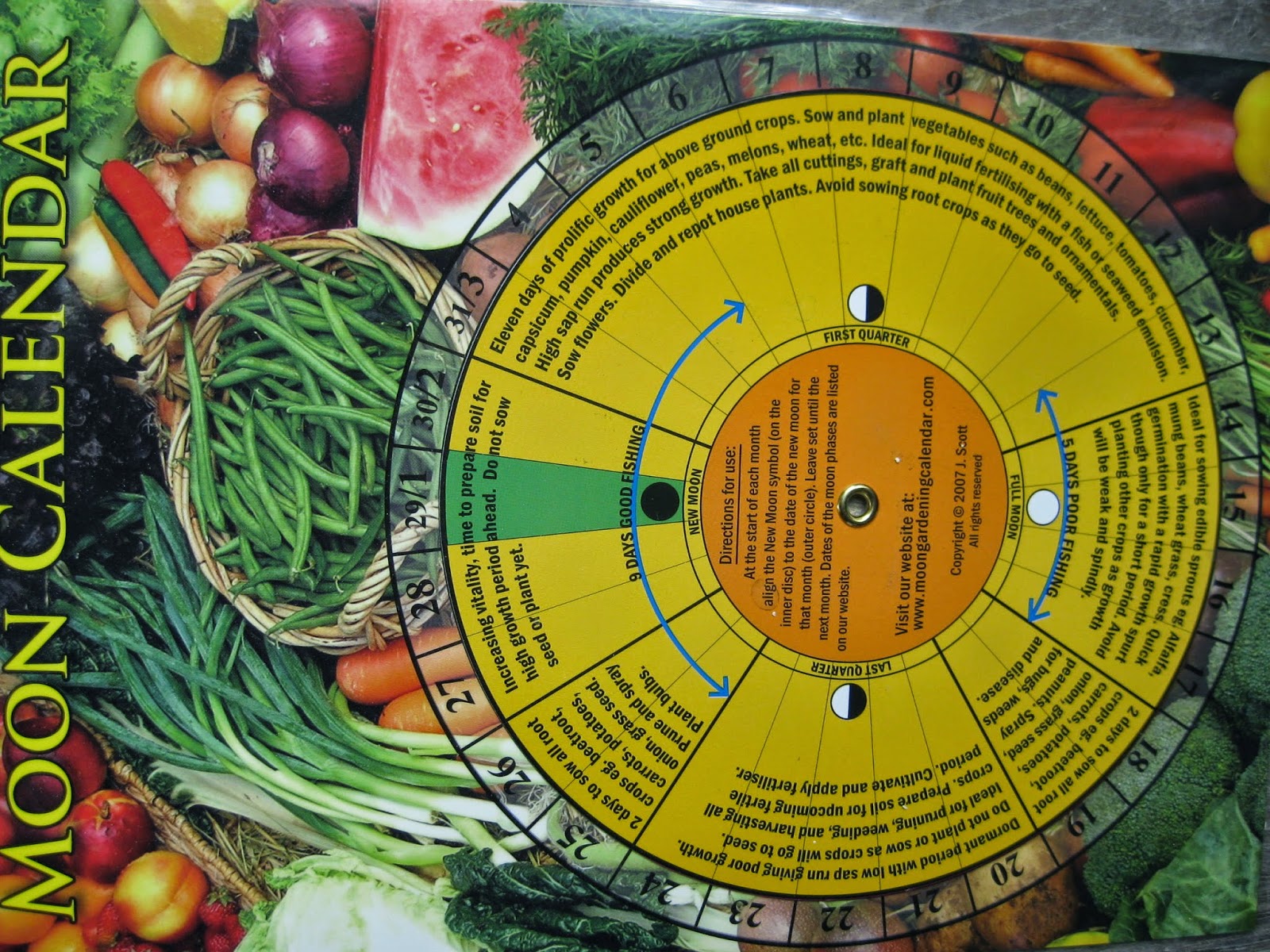 So better not put these little beauties out yet then. 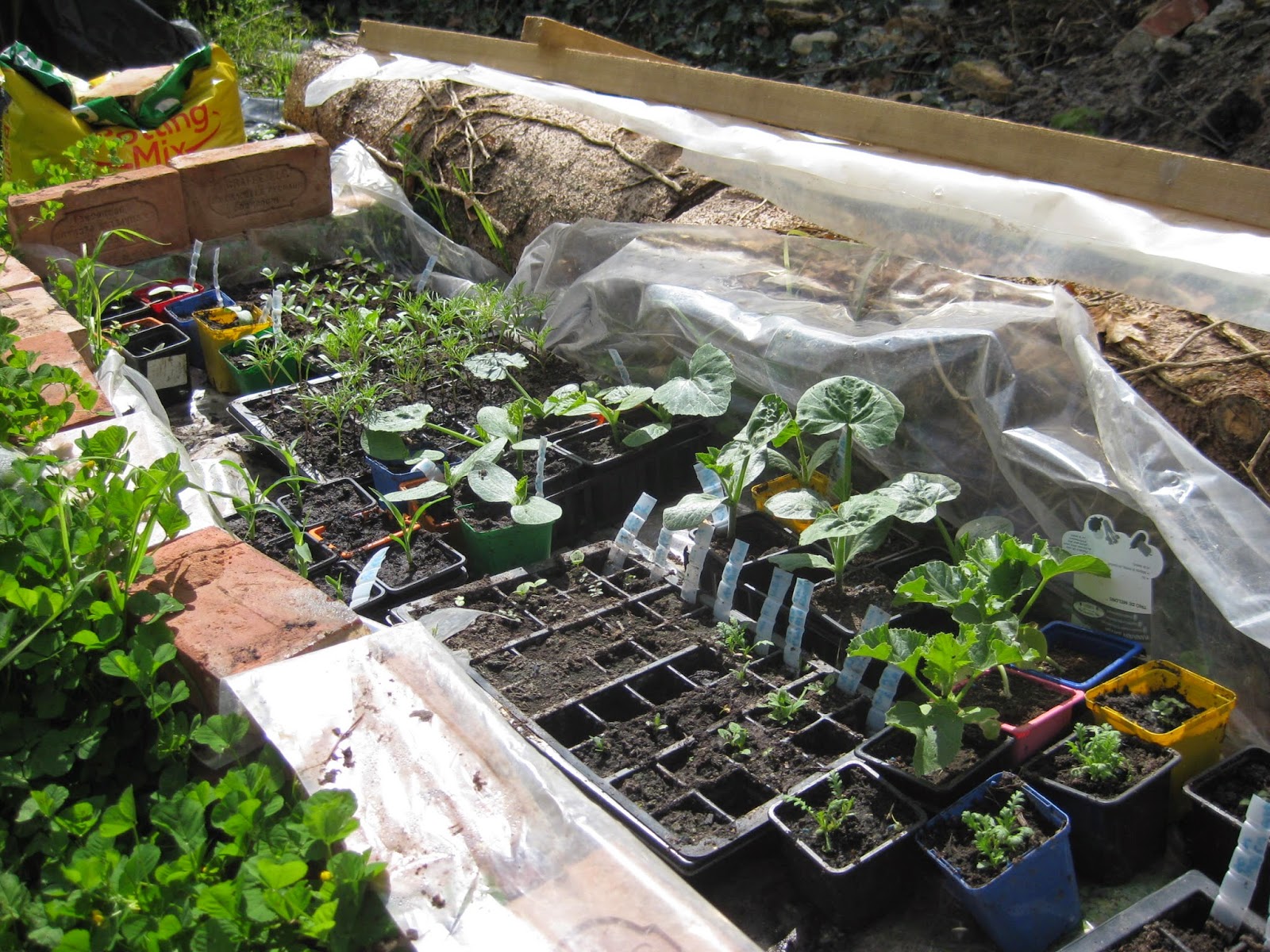 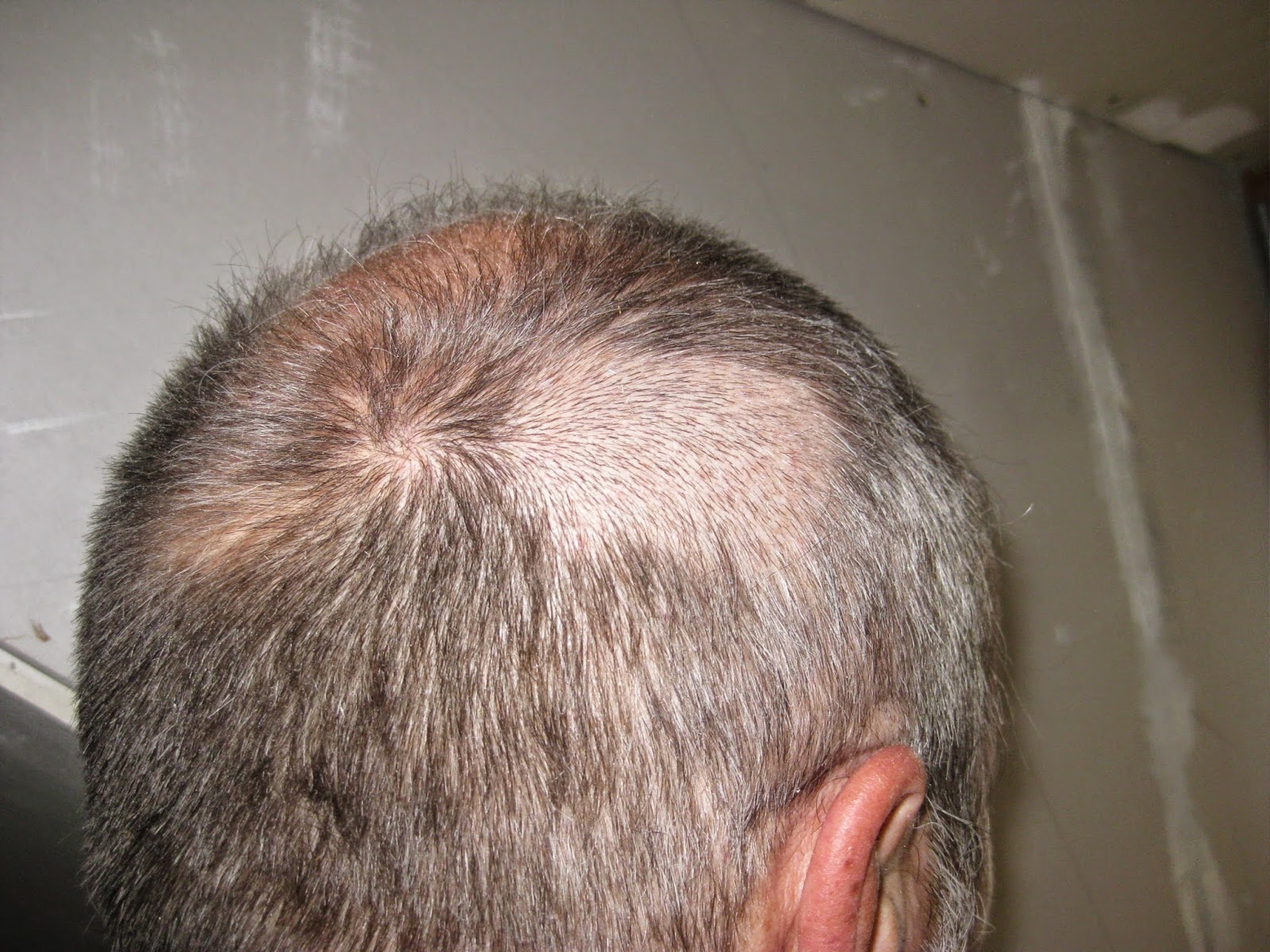 He looks like a spayed cat! Obviously had significant brain surgery.
﻿
Posted by Rosie at 19:48