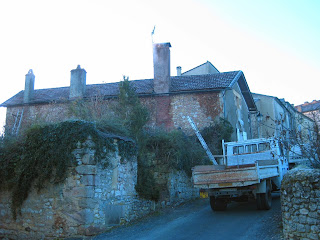 Putting up the scaffolding - if you can call it that. Works very well and is used everywhere but a certain lack of safety rails! The English builders won't touch it. 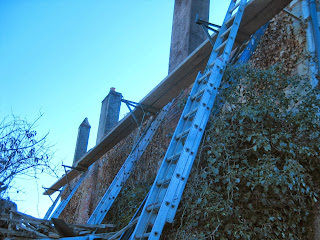 Midway through the morning there was conflab about where we wanted the Veluxes. Much sucking of teeth because we have three chimneys, all of which seem to be in the way, and a lack of distance between walls and rails........ OK I'll order them then. Me - you are sure that they are ok with Batiments de France, we were told no Velux by the architect. Him - ne vous inquiétez pas, it will be fine. 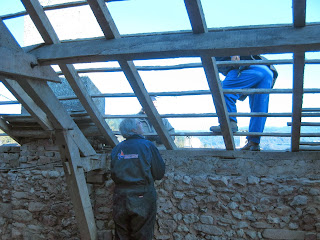 This will be the view from our shower room - minus the tree. (Although these guys think it is hilarious that the maire thinks he can get this tree out of here.) 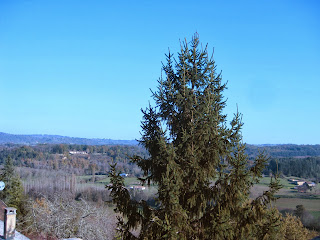 By lunchtime half the roof is stripped! (And the guy had reappeared to say that a couple of the beams were a bit rotten and it would be a mistake to put new stuff on rotten so he would replace them while he was there - I am loving this guy.) 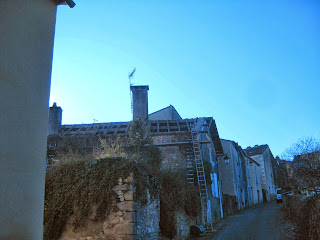