This is the weekend of the patrimoine. Certainly our town and I think all towns arrange special events for the weekend and it is free. I think in the little local chateau's case, they got more grant to do it up if they agreed to open it to the public for a certain number of days in the year. So we had a busy day yesterday.

First, the chateau. Only a very little chateau which has been done up in the last few years by Parisiens as a holiday home. Not done up by themselves (we were suitably sniffy about that) but beautifully done in a very expensive, sparse manner with everything Farrow and Ball sagey green. Expensive in a copper guttering, lead bath sort of way. 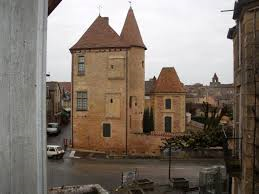 But the joy of the place has been discovered in the attics which nobody had touched for centuries. 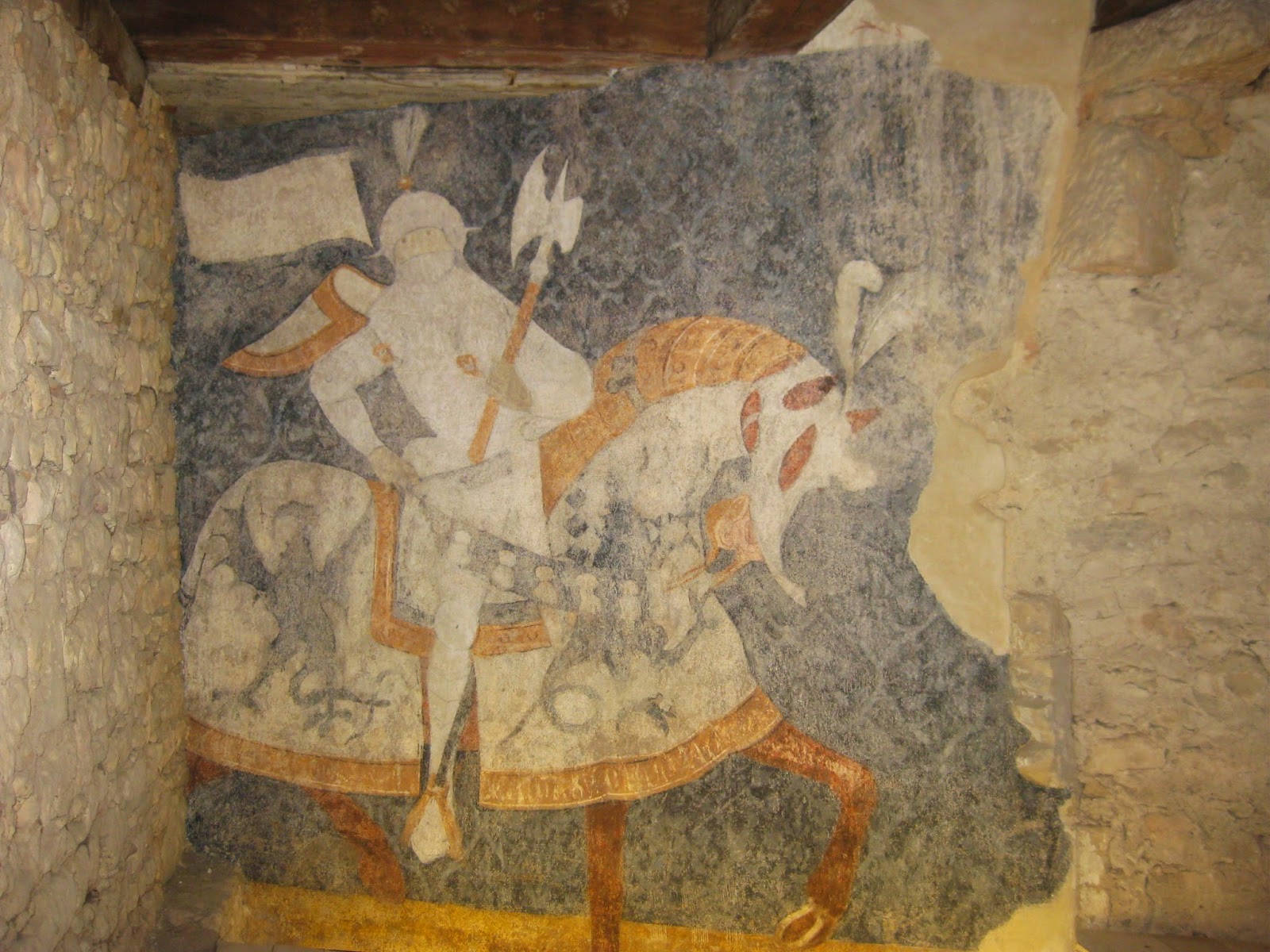 Walls covered in the most glorious frescoes. Amazing pictures hidden away and now proudly exhibited by the new owner. Spectacular. (And apparently the macon who did our cellar wall was the man who started redoing the wall and covering them up!)
Home for a quick lunch and then off to meet a local expert at Les Habitations Troglydytique. The other brilliant thing about the weekend is that the extremely elderly experts that set up the local sites are able to come and show for the two days required where they don't want to do it regularly. We had already seen the local cave dwellings - in ancient times the very poorest lived in basically natural but extended caves under the wall of the town. They were hidden for centuries again and then found when a vehicle suddenly fell through the carpark into a hole.
Our guide had done the excavation and built or rebuilt the bits and pieces of furniture - don't touch the door it may fall down!
We then went back to his house to be shown the actual pots and bits and pieces that he had found rather than the copies for tourists and then off to Le Cluzeau de Petrou.
This is a series of tunnels and rooms built originally under a house in Cathar times (12th century) for them to be able to hide in should they need to. Our guide had spent 7 years exploring them and found evidence of them being used for various storage things over the centuries. Now they are just under a bit of corrugated plastic in the middle of the wood.
Down into the dark. 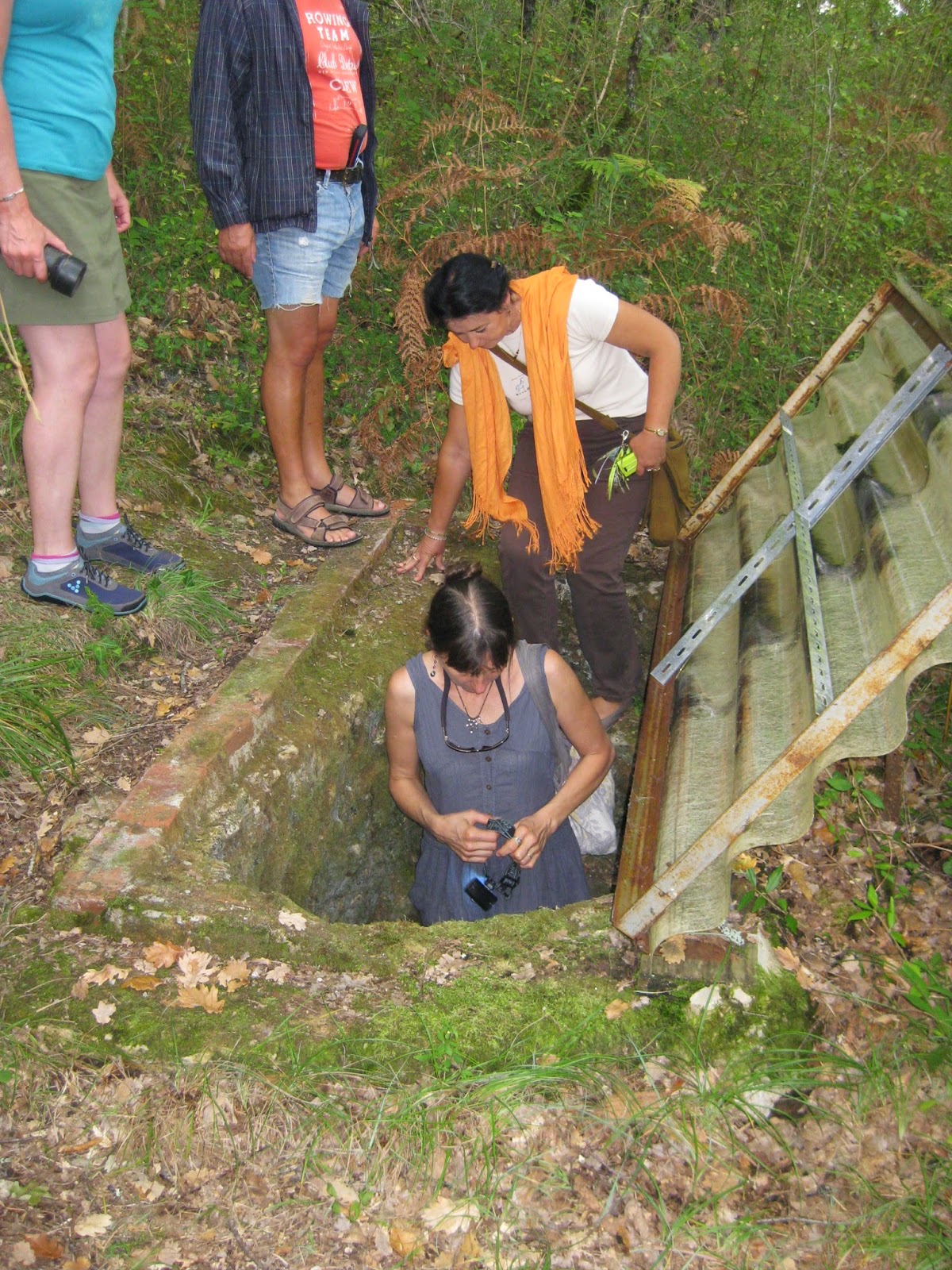 Over the pit to trap marauders. 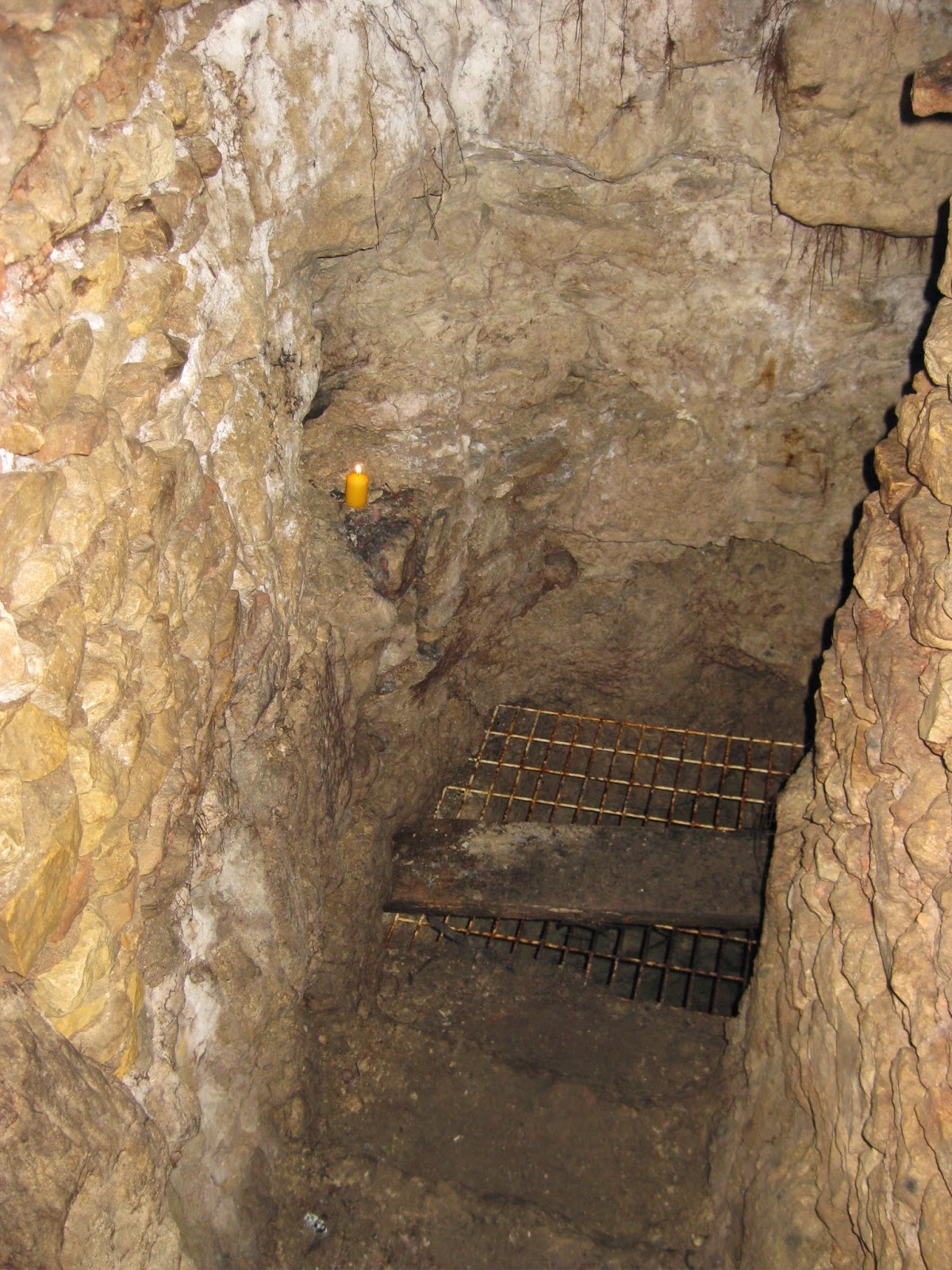 and into the chambers. This is our guide - must be 80 if he's a day - full of information and loving to share it. 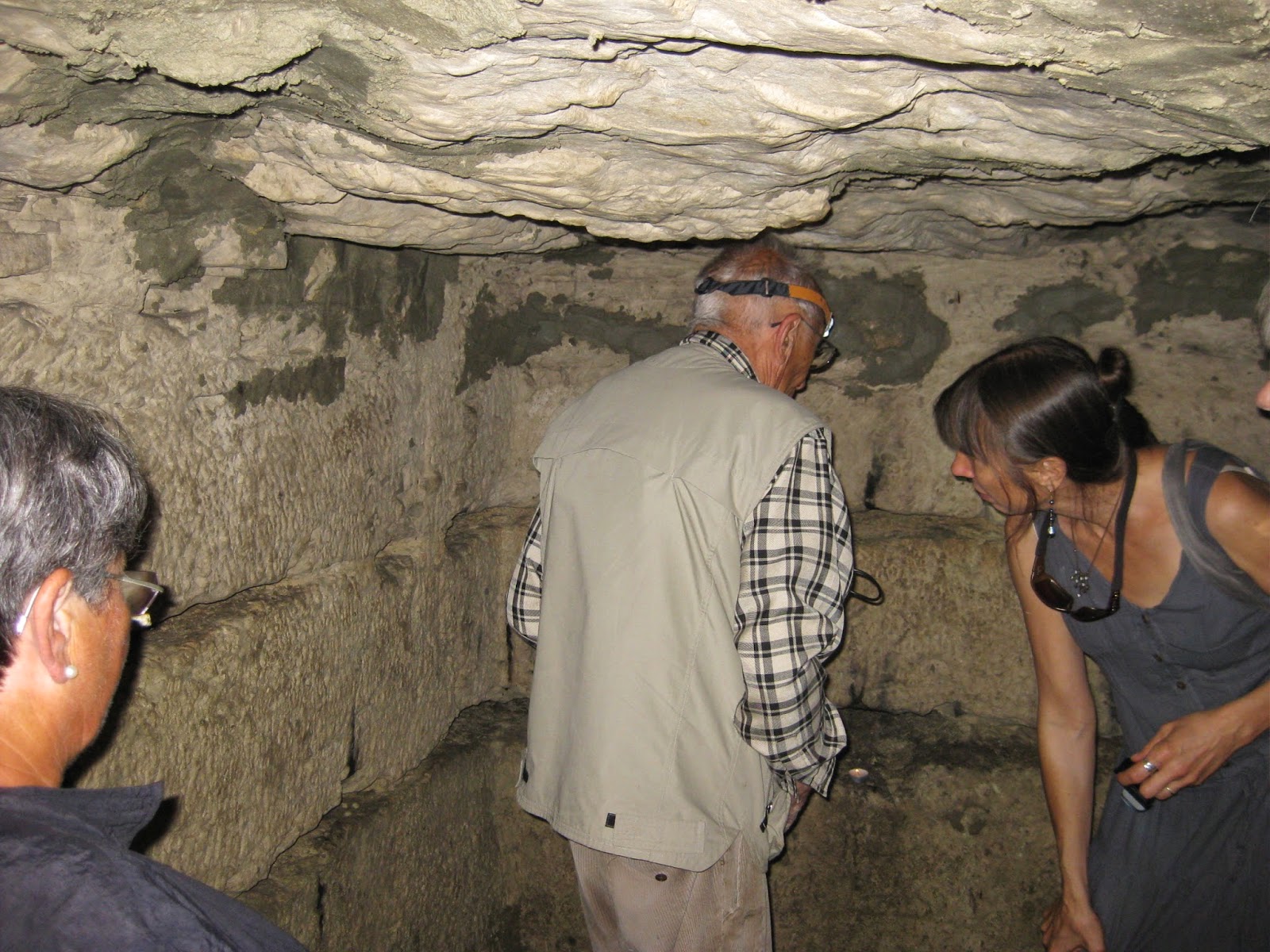 I'm glad I didn't know the French word for 'bats' so didn't realise that I was being warned that there was one on my back. I thought they just meant that it was very low and mind out :-)